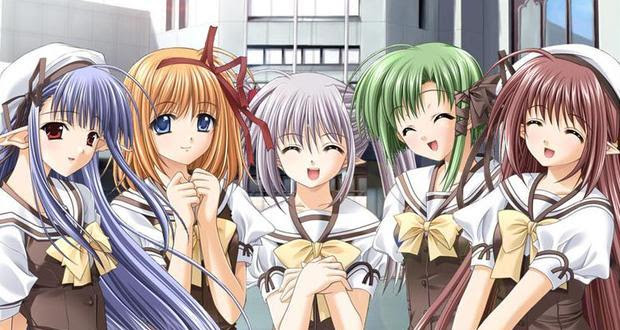 This is probably the worst show I have ever seen.

It looks bad, sounds terrible, the story is happy to ignore its central conceit for episodes at a time, and the characters are painfully cliché. It attempts to create dramatic scenes based on the revelation of information that both the audience and cast already know and take for granted.

The one thing keeping me going is that the show was recommended to me in a r/anime thread about School Days, which the episode-preview screenshots on our media server back up - they suggest something shifts significantly towards the end of the series. I'm not expecting a Nice Boat ending, but any kind of subversion of the tropes Shuffle! is dragging itself through can only be an improvement on what it's doing now.

But it's getting tougher with every episode. I've been told that #18 is when things start to get interesting, but that's still seven episodes away (God help me). If any aspect of the show was even slightly better - there's a lot of side-story bullshit that could easily be trimmed to get this down to 13 episodes, which would help immensely - I think I'd be close to enjoying the experience, but every element is so dreadfully executed.

Back when I ran my anime site, there were times I'd have to force myself through a series for a review. I'm not entirely sure why I'm still watching this one, since I no longer have any such obligation - even self-imposed.