Before my body is dry 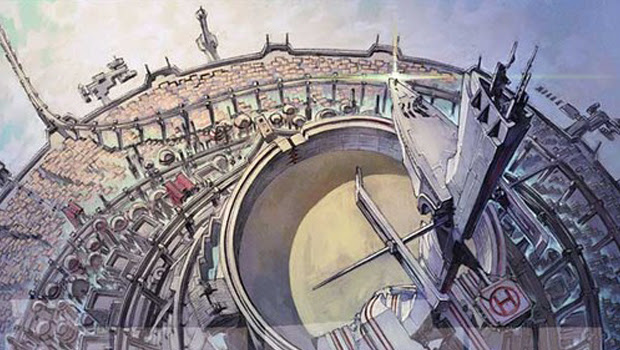 I made a flippant comment on Reddit that my favourite track on the KILL la KILL OST was "whichever one is playing at the time", but the more I listen to the album the more accurate that statement becomes.

Not only are there no tracks that I dislike, there are no tracks that I'm indifferent to. They're all great, in a variety of ways. The rock stuff, the dramatic orchestral stuff, the weirdly un-weird pop songs - you can pick any piece at random and I'll be pleased with your selection.

I pre-ordered the OST months ago, before the first pressing bonuses were announced, and never bothered to check back to see what they were. It's a gorgeous package - the outer box has a dramatic shot of Honnouji Academy from above, with the logo embossed along the bottom.

The big surprise was the bonus booklet - a complete score for several of the tracks, including the Reddit-famous "Don't Lose Your Way" (officially titled "Before my body is dry", and with an unfortunate rap section in the full version), which I almost immediately set about transcribing to tab but sadly doesn't sound quite the same on an acoustic.

That's one of maybe three tracks I recognised from the show; I'm surprised at just how many of them are unfamilar. I'm tempted to use this as an excuse for rewatching the show, but I've got a bunch of other stuff to get through (I'm determined to see if Shuffle! has any kind of payoff) and the new season's about to start.