Is there anything this man won't do or say to get a laugh? I think he's even ballsier than Colbert.

It's a little bit long, but it's hilarious in a lot of places.

For those who haven't heard about it before, The Great Schlep is a campaign to get young, democrat Jewish voters to visit their grandparents in Florida (one of the big swing states) and dispel all the lies and rumours about Barack Obama.

It's not quite that simple, and I'm not sure that it sets legal precedent, but it's undoubtedly a sign that even those outside the Kazaa/BitTorrent circles recognise how ludicrously out-of-proportion the MAFIAA fines are.

In Capitol v. Thomas, District Judge Michael J. Davis has set aside the jury's $222,000 verdict and ordered a new trial, ruling that his jury instruction -- which accepted the RIAA's "making available" theory -- was erroneous. He also rejected the 'offer to distribute' theory.

Although he did not formally reach the arguments going to the excessiveness of the damages, he had this to say on the subject:

The Court would be remiss if it did not take this opportunity to implore Congress to amend the Copyright Act to address liability and damages in peer to peer network cases such as the one currently before this Court. The Court begins its analysis by recognizing the unique nature of this case. The defendant is an individual, a consumer. She is not a business. She sought no profit from her acts. The myriad of copyright cases cited by Plaintiffs and the Government, in which courts upheld large statutory damages awards far above the minimum, have limited relevance in this case. All of the cited cases involve corporate or business defendants and seek to deter future illegal commercial conduct. The parties point to no case in which large statutory damages were applied to a party who did not infringe in search of commercial gain.

The statutory damages awarded against Thomas are not a deterrent against those who pirate music in order to profit. Thomas’s conduct was motivated by her desire to obtain the copyrighted music for her own use. The Court does not condone Thomas’s actions, but it would be a farce to say that a single mother’s acts of using Kazaa are the equivalent, for example, to the acts of global financial firms illegally infringing on copyrights in order to profit in the securities market. Cf. Lowry’s Reports, Inc. v. Legg Mason, Inc., 271 F. Supp. 2d 42 737, 741, 42 (D. Md. 2003) (describing defendants as a “global financial services firm” and a corporation that brokers securities).

While the Court does not discount Plaintiffs’ claim that, cumulatively, illegal downloading has far‐reaching effects on their businesses, the damages awarded in this case are wholly disproportionate to the damages suffered by Plaintiffs. Thomas allegedly infringed on the copyrights of 24 songs the equivalent of approximately three CDs, costing less than $54, and yet the total damages awarded is $222,000 – more than five hundred times the cost of buying 24 separate CDs and more than four thousand times the cost of three CDs. While the Copyright Act was intended to permit statutory damages that are larger than the simple cost of the infringed works in order to make infringing a far less attractive alternative than legitimately purchasing the songs, surely damages that are more than one hundred times the cost of the works would serve as a sufficient deterrent.

Thomas not only gained no profits from her alleged illegal activities, she sought no profits. Part of the justification for large statutory damages awards in copyright cases is to deter actors by ensuring that the possible penalty for infringing substantially outweighs the potential gain from infringing. In the case of commercial actors, the potential gain in revenues is enormous and enticing to potential infringers. In the case of individuals who infringe by using peer-to-peer networks, the potential gain from infringement is access to free music, not the possibility of hundreds of thousands – or even millions – of dollars in profits. This fact means that statutory damages awards of hundreds of thousands of dollars is certainly far greater than necessary to accomplish Congress’s goal of deterrence.

Unfortunately, by using Kazaa, Thomas acted like countless other Internet users. Her alleged acts were illegal, but common. Her status as a consumer who was not seeking to harm her competitors or make a profit does not excuse her behavior. But it does make the award of hundreds of thousands of dollars in damages unprecedented and oppressive.

This has to be the most potent harbinger of the internet's lack of purpose that I have ever seen.

An Oregon woman who wanted to let her neighbors know that she's endorsing Senator Barack Obama for president has had two Obama-Biden 08 yard signs stolen from her front lawn. So she made a third herself, and had her teenage son set up a live feed on Ustream.tv in the hopes of protecting the sign and possibly catching any thieves.

At the time of writing, there are approximately 200 people watching the streaming video. There are 130 in the attached chatroom, a lot of whom are freaking out because a gnome in the garden was smashed. Several of them have changed their nicknames as a mark of respect.

This is a pretty interesting way of using YouTube to advertise your game.
No comments:
Tags: Advertising, Games, Video, YouTube

Investment tip of the day

If you had purchased £1000 of Northern Rock shares one year ago it would now be worth £4.95, with HBOS, earlier this week your £1000 would have been worth £16.50, £1000 invested in XL Leisure would now be worth less than £5, but if you bought £1000 worth of Tennents Lager one year ago, drank it all, then took the empty cans to an aluminium re-cycling plant, you would get £214. So based on the above statistics the best current investment advice is to drink heavily and re-cycle.

I love every photo of Dick Cheney 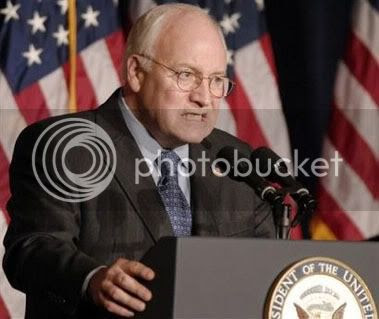 I'm actually quite looking forward to the new "Xbox Experience" update, the more I see of it. I still can't figure out why this video focuses on the creation of a hobo, though.

Now I'm off to listen to @hodgman's list of hobo names for the next hour.
No comments:
Tags: Avatar, Games, Video, Xbox

I have two tickets to Jonathan Coulton's gig in London next month to sell.

The lineup is Jonathan Coulton (the guy who wrote the Portal song, if context is required), with support from Paul and Storm, who were half of the excellent Da Vinci's Notebook a capella group until they split a few years ago.

It's taking place at Shepherd's Bush Empire, in London, on Thursday, October 30th 2008, with doors opening at 7pm.

The tickets are for row B, seats 16 and 17 (seats highlighted in blue, click to enlarge):

I'll also be posting this information on the Jonathan Coulton forums and possibly a couple of other places.
No comments:
Tags: JoCoPaStoLoSho

Going through an old Photobucket account, I found this excellent image of Pat Robertson rocking out and throwing the horns: 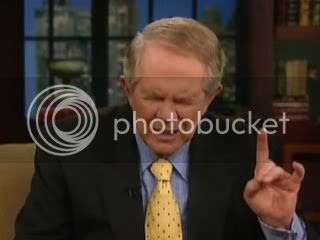 I'm pretty sure I've posted it here before, but I still find it funny.
No comments:
Tags: Images

Because I know we all treasure his opinion so much...

I don't know whether his complete failure to grasp the situation is funny or infuriating. Is he really that dumb, or is it all doublethink?
No comments:
Tags: Bill O'Reilly, Video

According to the latest installment of The Bugle, John Oliver actually met Tony Blair after the show; apparently it was a bit frosty.
No comments:
Tags: John Oliver, Politics, The Daily Show, Video


This is the argument I've never been able to make effectively.
No comments:
Tags: Climate Change, Global Warming, Video

spEak You're bRanes is a fantastic blog that collects the most ridiculous comments from the BBC website's "Have Your Say" section.

This particular comment comes from a thread about the Large Hadron Collider:

Why was this ‘built’ underground? Simple, it does not exist. It’s a big con.

It’s the same reason India/Pakistan allegedly conducted nuclear explosions underground simply because they never happened in the first place. Why? Because nuclear bombs don’t exist and they never have existed. FACT!

Hollywood and the people behind Hollywood (the rich elite race) came up with the propoganda to fool the ‘Sheople’. They’ll keep taking your money though to fund their lavish lifestyles.

It's the "FACT!" that really sells it, for me.
No comments:
Tags: Have Your Say, Internets

Tony Blair on The Daily Show

I have tremendous admiration for Jon Stewart's interview technique - especially when he's up against politicians and the like. I could watch him interviewing Blair for hours; it seems so rare for someone (at least in American television - and even in the UK, Paxman isn't as personable as Stewart is and always puts people on the defensive) keep asking the same queston until they get an answer, instead of just rolling over at the first soundbite. It's just a shame that the Daily Show only has five to ten minutes for these interviews.
No comments:
Tags: Blair, Politics, The Daily Show

Automatically shipped by LoudTwitter
No comments:

This whole story seems like an over-reaction. I've listened to the interview (the bit about Spain is ~2:58 in), and I don't blame McCain for getting confused. I'd read the transcript beforehand, and even then some of the presenter's pronunciation, especially across a phone line that fuzzy, could have been indistinct. If it had been a face-to-face interview in the studio, I seriously doubt there would have been a problem.

I can't believe how aggressively some bloggers are attacking McCain over this; rather than giving him the benefit of the doubt until an annoucement comes from his campaign, they're dogpiling him.

It's not a simple case of "he doesn't know where Spain is" versus "he thinks Spain are terrorists" - there's also the possibility that he simply misheard her and wasn't familiar with the Spanish PM's name - he's hardly the only American guilty of that.

Hell, I'm in Europe and I couldn't tell you the names of half the leaders in the continent. I didn't even know who the Northern Irish First Minister is right now before checking Wikipedia.
No comments:
Tags: McCain, News, Politics

The suggestions now are that she used this account, gov.palin@yahoo.com, for official state business; emails to and from various government departments and drafts of letters to other governors were apparently found in the account.

There are also suggestions on some blogs that she used the account for the unsavory aspects of her job, such as emails regarding Troopergate, so that a subpoena of her state email account wouldn't reveal any damaging connections.

But even regardless of that, which doesn't seem to have any real evidence to support it as yet, does it strike anybody else as massively irresponsible, not to mention a dangerous breach of security, to keep information relating to her state government in the cloud?
No comments:
Tags: Cloud, Politics, Sarah Palin
Newer Posts Older Posts Home
Subscribe to: Posts (Atom)