We're getting a cat

Since long before we bought this house, we've been wanting to get a cat, but since we've always been renting it's never been an option. Now that we own a house, there's no reason not to get one, so we went 'round yesterday to one of the cat adoption places here in Dundee to see what they had.

There's a gorgeous silver tabby called Lucy that we're quite keen on getting. I kind of wish I'd taken a photo of her, since the one on their website doesn't do the colour of her coat justice (not that my camera phone would either). The people at the shelter said she'd been returned twice before for being a biter, but she seemed happy enough to be petted when we were there.

We're going to be away for a while over Christmas, but we do hope to take her as early next year as we can, if nobody steals her from us first.

The adoption people have got to come 'round and look at our house to make sure it's suitable for a cat, but I don't think there's anything that would concern them about it. Maybe the gap under some cupboards in the kitchen, where we had to pull out the kick-board to get the washing machine in, but that should be easily replaced.
No comments:

Please do it at a pub.

Apparently there's enough concern in the Japanese town of Toyohashi about drunkenness on trains coming up to Christmas and the New Year that they've started putting up these fantastic posters asking people to keep it at the bar: 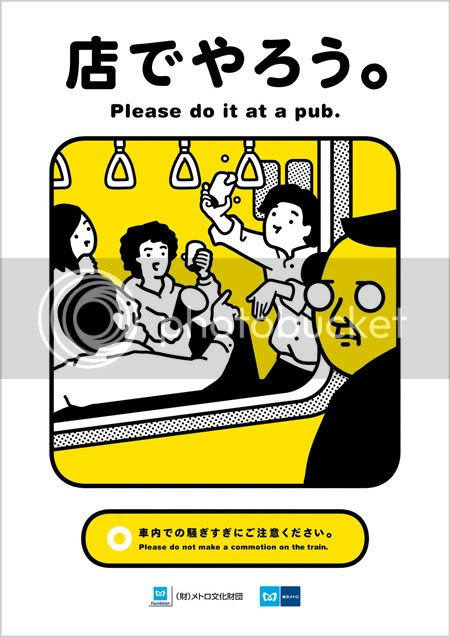 I love the expression on the face of the guy in the foreground. He looks like he's about to give a stern narration to the viewer.

And now, a message from the Auto Industry... 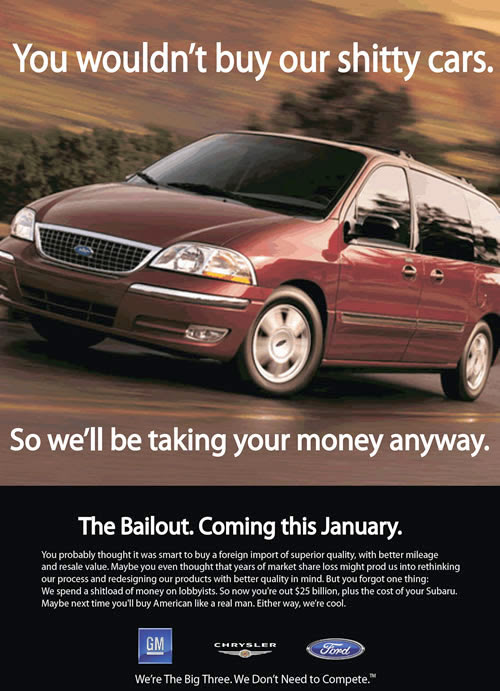 We were supposed to get six inches of snow last night, but none of it materialised, so we just have the last couple of days' slush. Part of me's glad I didn't have to excavate the car this morning, but I'm still a little disappointed.

In other news, I have every Friday off between now and Christmas (only three of them, but it's three long weekends!), and our work Christmas party is this weekend.
No comments:
Tags: personal, Rambling, Random
Newer Posts Older Posts Home
Subscribe to: Posts (Atom)