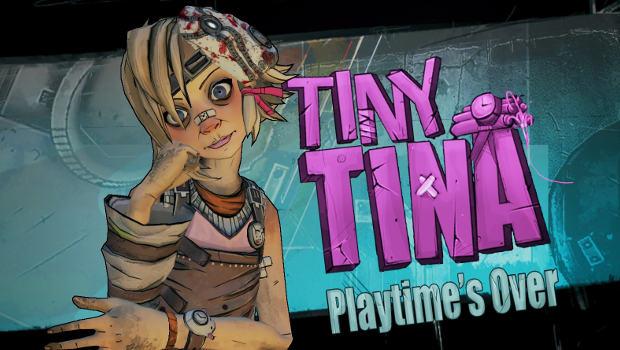 This morning on Twitter I saw a link to this Kotaku article, which says that the writer of Borderlands 2, Anthony Burch, has gotten some criticism on Twitter for one of the characters in the game. Specifically, people are accusing him of writing a character whose use of language appears to be racist.

The character in quesiton is Tiny Tina, the "world's deadliest thirteen-year-old", and you can listen to a selection of her dialogue on YouTube. The primary issue for most of the complaints is her use of "urban" slang, which has been characterised by at least one person as amounting to "verbal blackface".

This strikes me as a bit of a stretch. Is it because Tina's white? Would it be more racist or less, if the character was black? Why can't a white person use "ghetto" slang? Surely there are lower-class white people in ghettos who have as much exposure to that culture as the black kids in those areas - is their use of local dialects somehow less authentic or less genuine?

What if it wasn't "black" slang, but sticking Japanese words into her sentences, like some otaku are known to? Is that level of cultural appropriation more, or less acceptable? What about yiddish words - would those be better? At what point does a colloquialism stop being associated with a particular ethnic or social group and become acceptable for use by people outside that direct culture?

I don't know the answer to any of those questions, but I don't believe for a second that Burch or anybody at Gearbox did anything deliberately offensive with Tina's dialogue. Of course when you're tackling issues with racial connotations there's a responsibility to make sure you're not doing anything inappropriate and it's possible this should have been looked at more closely.

But the language used by Tiny Tina isn't used in a racial context, so I can see why nobody would have thought of it as a problem. She's just using slang. I don't see why the origin of slang needs to come into the equation unless it's being used pejoratively, or to mock or belittle the culture that introduced it.

Disclaimer: I'm a white, middle-class male, so I'm willing to admit that I'm going to have overlooked some kind of cultural-sensitivity issue with this as a result of my built-in privilege. I'm genuinely open to someone explaining why Tiny Tina is a problem, other than "I'm uncomfortable with a white girl saying 'badonkadonk', so you should change it".