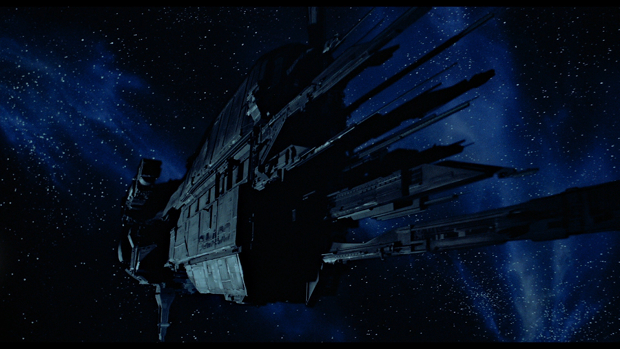 A couple of nights ago, The Matrix was on TV again. And I had to watch it all, again. It'd be rude not to, when it's there. I've already written about The Matrix here, but long story short: it's really good1.

Tonight, Aliens was on. And I would've watched it all too, if we didn't have to go to the gym in the morning.

I could go into detail about how much I like Aliens (quite a lot, but less than Alien), but the thing that really struck me was how brilliant the special effects work looked, even in HD, 27 years after it came out. Especially compared to The Matrix, which was at the pinnacle of effects work at the time but looks frankly atrocious when they have to use CGI for exteriors.

Computer effects have come a long way even in the last few years though, and in some films it's difficult to tell whether something's a physical or CGI effect - it's actually surprising how many of the shots of GERTY in Moon are computer-generated. But that's on a closed, controlled set; once you get natural lighting involved things get very difficult. Even Gollum from Lord of the Rings - still probably the most realistic computer-generated character ever - is starting to look a little rough around the edges in HD.

Model shots are timeless. They'll always look good. Not just in big-budget films like Aliens, either - the effects in early series' of Red Dwarf look brilliant, and that's on a TV budget. They certainly look better, years down the line, than the newer series' computer effects2.

I'm not sure why CGI ended up taking over so completely - surely it can't be that much cheaper to override the fact that models just look so much better?Movie budgets are getting bigger and bigger, and although there are some things that would be difficult with primarily practical effects, I'd love to see a resurgence in doing things "for real", even if it is only at 1:35 scale.

1 Watching it with someone else - my wife, in this instance - changes the experience somewhat; suddenly all the little things you can forgive watching it alone become hilarious, unavoidable embarrassments. Tank's entire performance, for example.

2 Which is probably why they went back to practical model shots for Red Dwarf X.