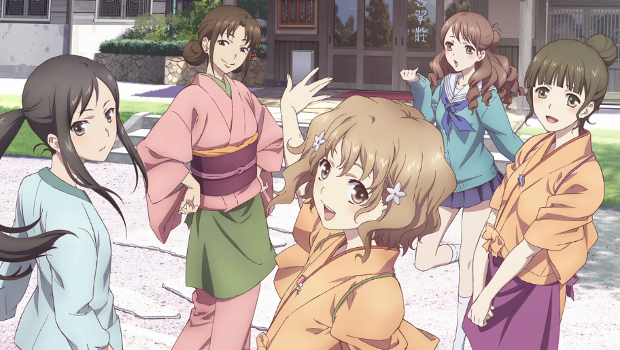 Normally I'd wait until I'd seen more than a handful of episodes of a series before trying to write about it, but Hanasaku Iroha is an odd one. I can't figure out for the life of me who it's supposed to be for.

It's not what I'd expect from a shoujo series, because there's no romance subplot (yet, anyway) for the main character; there was an unrequited romantic confession in the first episode, right before the heroine moves away from Tokyo to live at her grandmother's bathhouse. But there's no male lead, so it's avoided the kind of harem nonsense you normally see when someone moves away from Tokyo to live at their grandmother's bathhouse.

Maybe the director's trying to have his cake and eat it by combining a decent slice-of-life story with this level of fanservice, but it's so totally out of place that it kind of ruins all the good faith built up by the interesting characters and decent story.

It's not enough to discourage me from watching the series, but I'd prefer not to have the good stuff interrupted by transparent attempts to pander to the "typical" male audience.