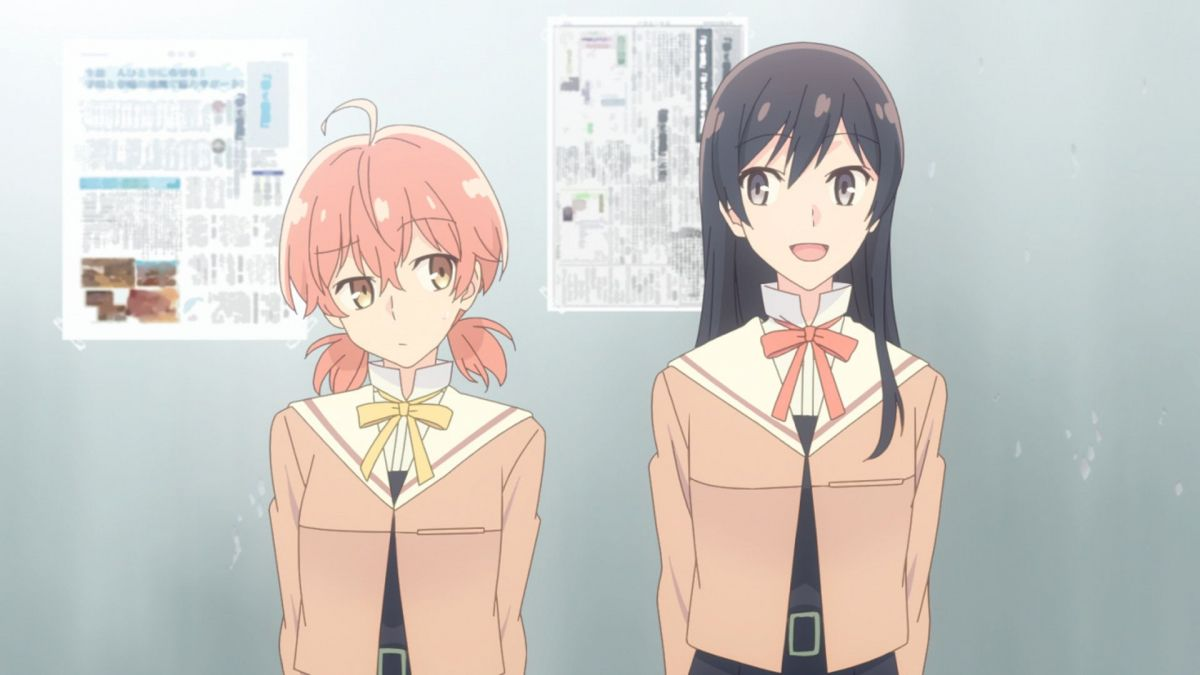 There's something about the central relationship in Bloom Into You that I can't quite gel with. It's frustrating, because otherwise it's completely up my anime alley: a high school romance with a large dose of emotional turmoil and self-examination.

Yuu, a high school freshman, has never fallen in love. She suspects she never will. When she meets Touko, an upperclassman with a similar attitude, they become friends, bonding over this shared aromatic outlook – until Touka confesses that she's fallen for Yuu.

Normally this would result in a fairly rapid reciprocation (and, depending on the decade, a bunch of angsty reflection on the part of Yuu), but here she just kinda… goes along with it?

She doesn't pretend to have feelings for Touka, and tells her as much, but she's willing to put her own discomfort completely aside to indulge the (at times frightening) emotional storm that Touka is going through.

There've been quite a lot of shows recently which have this kind of one-sided romantic interest, and there's even a tendency for the characters to explicitly state as much. Both Re:Zero and OreGairu's protagonists admit to themselves and others that their actions are driven by their feelings for the female lead, but that they are willing to disregard (or in some cases run roughshod) over her wishes in order to prove the strength of their affections.

It's pretty baffling, and more than a little alarming, that these monomaniacs are so commonly commended by these shows.

Where Bloom departs from this mould, is how we're allowed into the thoughts of the recipient of the fixation – but rather than fixing the problem, it somehow makes it worse.

It's disappointing that Yuu doesn't value herself, her time or her feelings enough to push back against the unreasonable demands Touka is putting on her. Yuu spends a not-insignificant amount of time wondering how to get Touka to value and accept her "true" self, all the while apparently denying herself the same courtesy.

Is it too much to ask for a show in this genre where both participants have some degree of self-respect..?