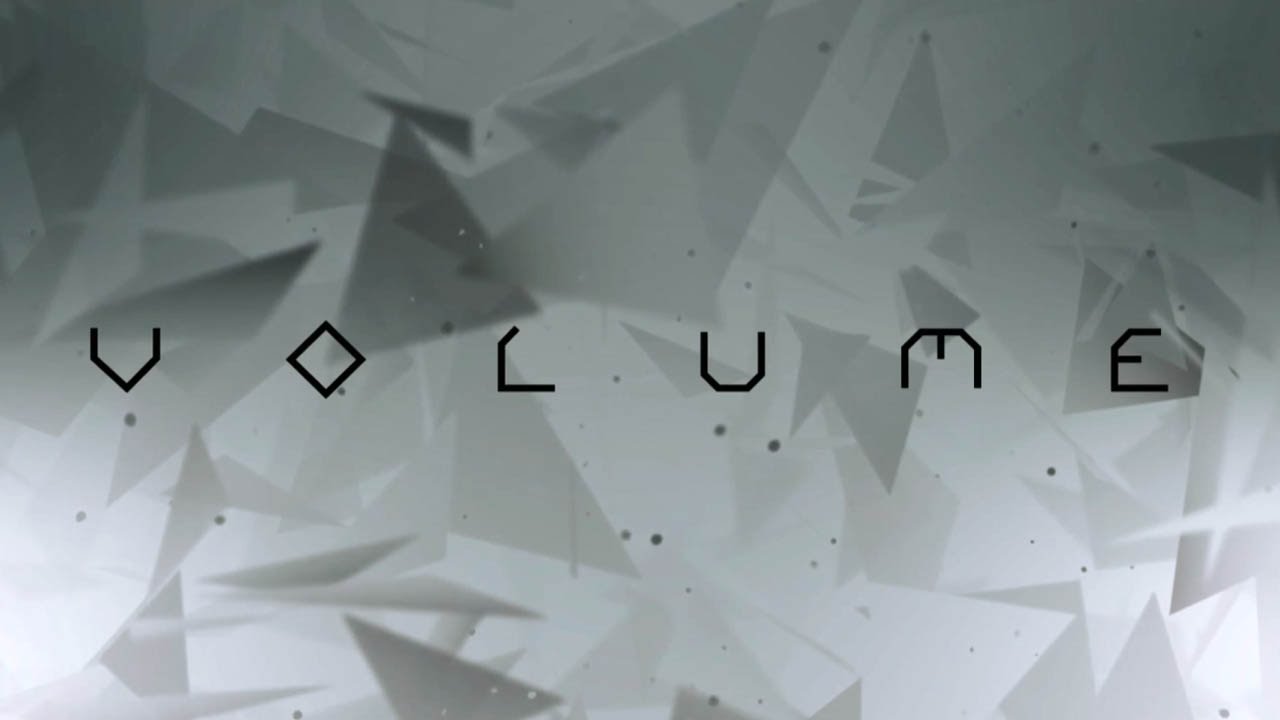 I want to like Volume, but it's making that so difficult.

The new game from Thomas Was Alone designer Mike Bithell, Volume is a top-down(ish) time-attack stealth game, where you creep around levels avoiding and distracting guards, stealing diamonds and (eventually) attempting to overthrow a corrupt dictator.

Mechanically it's solid; you can see enemy vision cones, duck into cover and distract guards with a variety of gadgets. Levels are short and varied, in colour as well as challenge, and if the 100 "campaign" levels aren't enough there's a level editor and a huge list of maps created by other players. It also looks great, with levels deforming and rebuilding themselves out of flat triangles at the start and end of each mission.

The missions are just a little too short, however - and you don't carry equipment over between them, so you'll pick up a gadget in one level and then not see it again for three. Progression feels stilted and uneven; there's no sense that you're getting more powerful, and no excuse for the loss of tech between levels (or the restriction to a single gadget at a time). You're dumped back to the Level Select menu after every map, breaking up the flow even more. Some levels are grouped together with the implication that they're all in a single location, but aside from the portrait indicating whose house it is there's no consistent theme between them - and you're back at the menu after every one anyway.

But where Volume really falls apart is the story - or more accurately, the way the story is told. Voiceovers play constantly, either distracting you from the game itself or being ignored as you figure out your approach to the next section. The conversations seem designed to span multiple levels, but restarts (either due to failure or manual resets) will reset to the start of the current dialogue. Lines are accompanied by an on-screen subtitle box which covers a huge chunk of the bottom of the screen, blocking your view of anything to the south, which you won't read anyway because you'll either be listening to the dialogue or paying attention to guard patrol patterns.

The end result is occasionally brilliant, but frequently annoying. Constantly stop-starting between missions and with a story it doesn't seem to know how to fit between such short bursts of action, Volume is ambitious but deeply flawed.

And it corrupted my save data when I completed a user-generated level earlier. I don't know if I can force myself through those opening sections again.