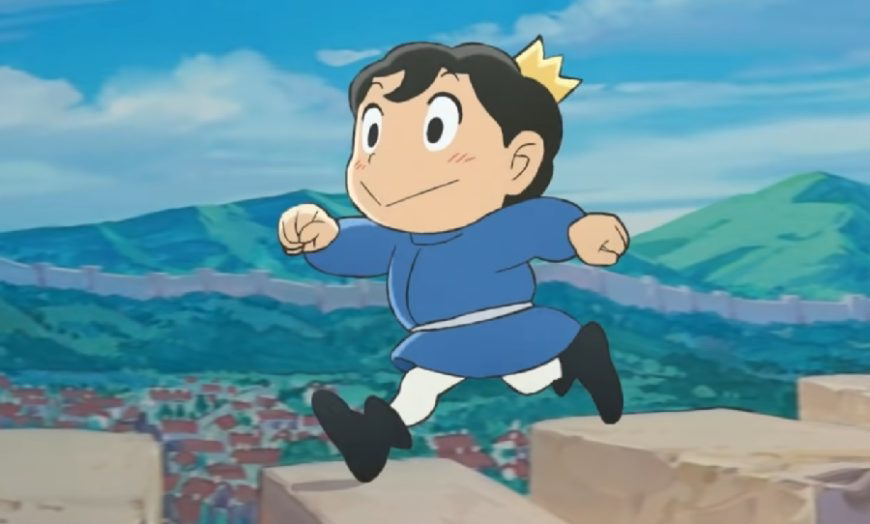 Everything I'd seen about Ranking of Kings before going in - admittedly, not much more than some promo images - had me expecting something light and fluffy. (Apart from the title, which sounds like a shonen battle anime.)

The bright, primary colours; the simple, stylised character designs. And the first episode delivered pretty much on that promise: a little slower than I expected, sure, fewer laughs and more big fat Ghibli tears -  but with enough unremarked-upon weirdness and fantasy window-dressing to entertain as it sets up its main characters.

And then comes episode two. An unrelenting emotional typhoon, dropping a backstory that has no business being this affecting for a secondary character after only one episode of setup. The opening act of episode 2 is devastating, and the second half doesn't pull any punches either, taking pains to methodically dismantle any sense of progress that Bojji might have felt he'd made in the season opener.

Oh, Bojji. The tiny, spheroid Prince looking down the barrel of his father's legacy, a legend even bigger than the man himself (and dad is a literal giant of a man). The disparity of stature isn't the only hurdle Bojji faces when measured next to the king, either: the diminutive prince is also deaf-mute. At least he can't hear the savage mockery his guards, subjects and teachers level at him – though, unbeknownst to his subjects, he can read their lips.

But the strength this boy displays! Bojji is sweet, compassionate and brave, endlessly, endlessly brave. His determination puts everyone around him to shame, facing up to ridicule and underestimation with regal poise. His sadness, when it comes, is vast, but his boundless joy is infectious, even cracking the nihilistic apathy of an orphaned shadow assassin (who begins their unconventional friendship by robbing the prince of his clothes and eating them).

The anger I feel on Bojji's behalf when he is slighted, the happiness when he's vindicated, God, I don't remember the last time I loved a character so unconditionally.

There's no ulterior motive to Bojji, no plans or politics at work. He is in the moment, pure and honest, doing his absolute best even as everyone tells him not to even try.

I am so proud of him.