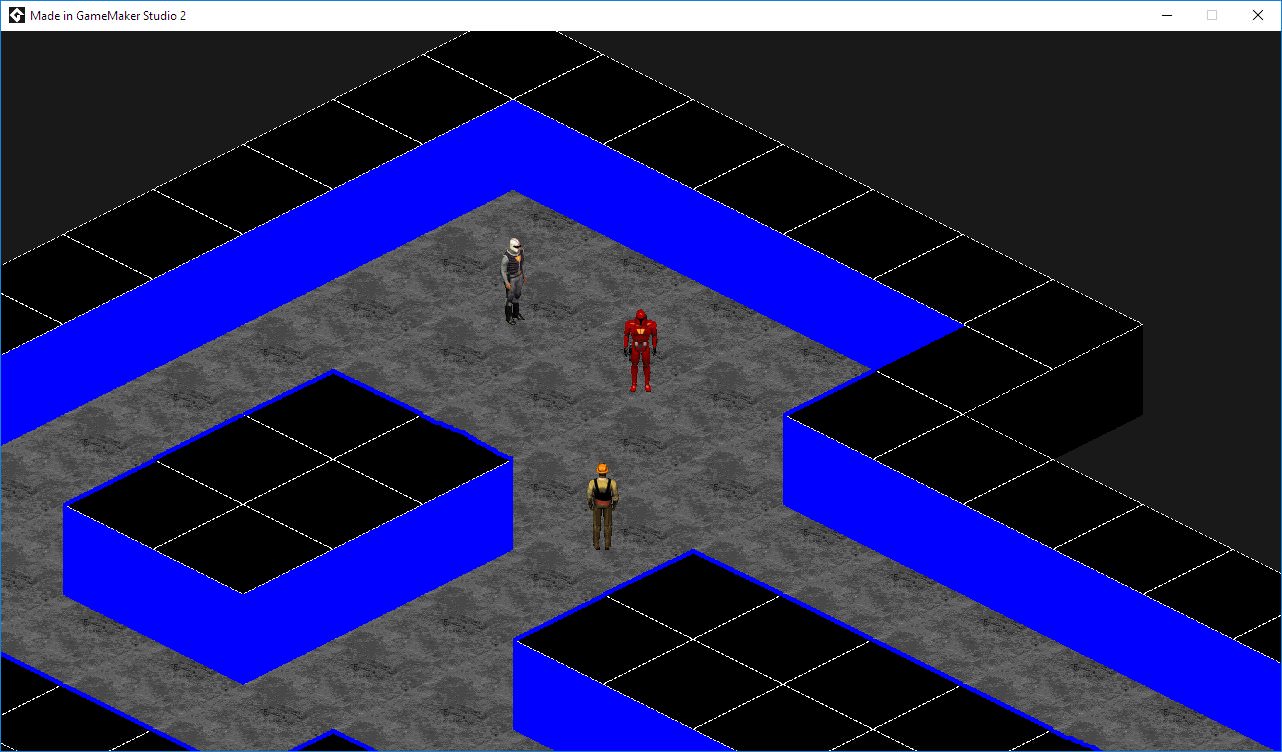 Right, fuck it. I'm going to write about something that terrifies me: my own code projects.

About the only thing I've programmed 'publicly' is a 140-character random level generation script (in Ruby). I'd written it in JavaScript originally, but decided for no particular reason to try and shorten it until it fit in a tweet. (This was before tweet length got doubled.)

But I've started something a bit more ambitious: I'm trying to make a game. Or at least, most of a game's systems.

I worked at YoYo Games for over six years, and it's only since I left in November that I've really started to use the product, GameMaker. I've thrown together little proofs of concept - platformers, a tank driving thing, some experiments with shooters - but never really had a specific goal in mind.

I'm now a couple dozen man-hours into a clone of Crusader: No Remorse. I don't know how often, if ever, I'm going to write updates on my progress, but I want to try and get less defensive about my code, and exposing some of it to the air might help.

(It helps that I don't expect anyone to read this, though.)

I've been meaning to find something to make me blog more this year, and maybe this is it.